The Golden Age of Comics began in the mid 1930s & ended promptly on October 26th, 1954. This was the day that the Comics Code was officially adopted, putting many publishers out of business & censoring those that remained. The so-called Silver Age, which followed & lasted up until the Code was relaxed in 1971, was mostly bullshit: corny, cop-loving, homophobic, hemophobic, spandex covered, super hero nonsense. This was the era parodied in ABC's 1966 Batman television series: improbable plots, cringe puns, & onomatopoeias flashing across the screen during poorly choreographed fight scenes.

quotation
"Oh, you must be jesting, Dick. Economics dull? The glamour, the romance of commerce... It's the very lifeblood of our country's society!"
- Batman, the Joker's Last Laugh 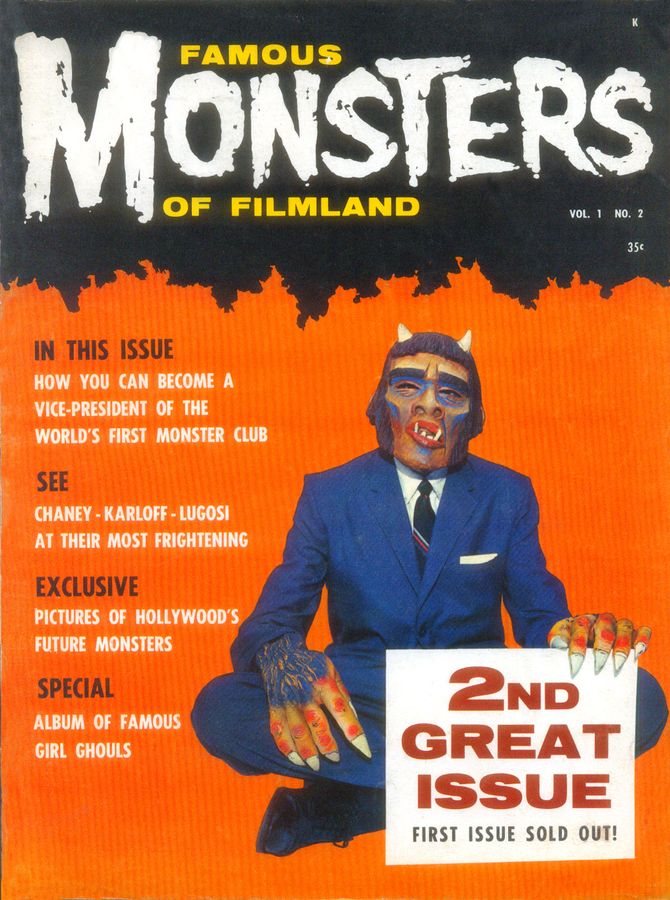 Prior to the Code, comics were a major part of pop culture. Television had yet to take hold, & comics had grown into a dominant form of entertainment for kids. Soldiers also read comics during World War II, & kept up the hobby upon returning home. Nearly half of the 150 million or so monthly sales, consequently, went to readers over the age of 20. And the comic industry grew to cover genres outside the standard super hero fare. Not just horror, but crime, romance, war, westerns, science-fiction, & humor. It was a creatively rich industry, in part because existing guidelines for publication were irrelevant to these new themes & genres. Publishers therefore had free reign to exercise their own judgment about the content of their books. This freedome led to an explosion of horror titles, amassing a quarter of all sales by the mid-'50s. And while they didn't invent the genre, it was EC Comics' line of horror books--Tales From the Crypt, the Vault of Horror, the Haunt of Fear, Weird Fantasy, Weird Science, Crime SuspenStories, & Shock SuspenStories--that drove the horror boom.

It has been pointed out that the so-called crime and horror comic books of concern to the subcommittee offer short courses in murder, mayhem, robbery, rape, cannibalism, carnage, necrophilia, sex, sadism, masochism, and virtually every other form of crime, degeneracy, bestiality, and horror. These depraved acts are presented and explained in illustrated detail in an array of comic books being bought and read daily by thousands of children. These books evidence a common penchant for violent death in every form imaginable. Many of the books dwell in detail on various forms of insanity and stress sadistic degeneracy. Others are devoted to cannibalism with monsters in human form feasting on human bodies, usually the bodies of scantily clad women.

The Crypt-keeper, humorist & sardonic host of 1950s horror comic Tales From the Crypt, would open each . Therein he'd relay stories of comeuppance: how the dead had came to find themselves resting in his crypt, oftentimes as a result of their own selfishness or greed. The Crypt-keeper appeared at the height of the Golden Age of comic books alongside the Vault-keeper & the Old Witch in a trio of horror comics published by Entertaining Comics: Tales From the Crypt, the Vault of Horror, & the Haunt of Fear. Tales From the Crypt would become shorthand for EC horror & even pre-code horror generally, but the film & tv shows that would celebrate this era in intervening decades would mine all 3 books.

So successful were these EC horror titles that competing publishers quickly jumped on the horror bandwagon, upping the ante on the gore & guts. Still, the Crypt-keepers' tales--which evolved out of crime thriller stories--always retained a certain odd moral clarity. The butcher who poisons a town by selling expired meat ends up being sold off in pieces from his own meat counter. A sugar plantation owner who seeks out a voodoo solution to his wife's exotic illness ends up haunted by her walking corpse. Or a woman pawns her beauty to buy her way into a

Despite these convictions, however, the series would not escape cancellation amidst unfounded accusations of contributing to youth delinquency & the comic book industry's eager acquiescence to growing calls for censorship.

Turns out we've never been able to have nice things.

The horror comic genre originally existed in a brief window between WWII & the mainstream adoption of the television. And, in fact, it was the television that helped to doom these titles. During the late period of the Golden Age of comics, the medium had expanded beyond super hero comics not just into horror, but crime, romance, war, westerns, science-fiction, & humor. Still, by the mid-50s, horror had captured a quarter of the 150 million monthly sales, driven in part by a readership that was skewing older. Nearly half of all readers were adults by this point. 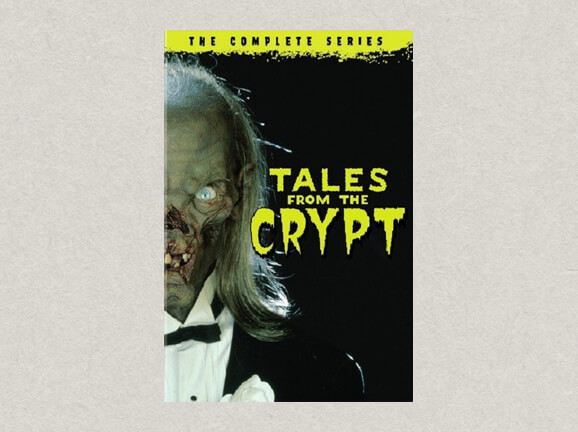 Sold Out
This is some text inside of a div block.
Tales From the Crypt DVD set
HBO 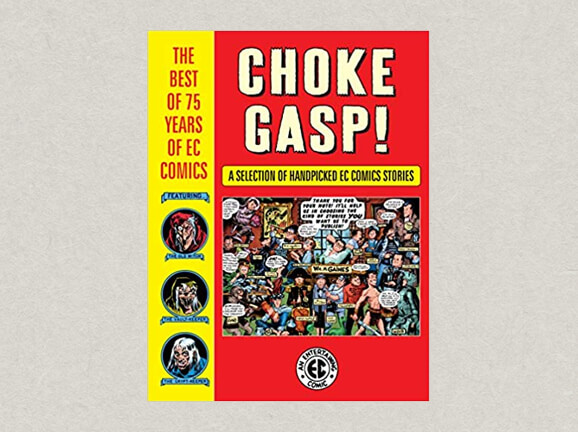 Sold Out
This is some text inside of a div block.
Choke Gasp! The Best of 75 Years of EC Comics
Harvey Kurtzman & John Severin 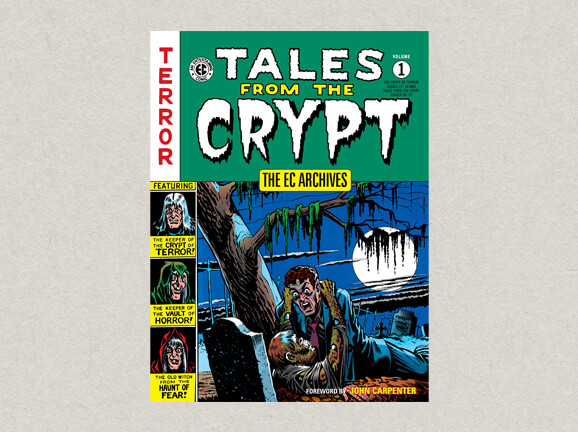 Sold Out
This is some text inside of a div block.
The EC Archives: Tales From the Crypt Vol 1
Dark Horse Comics 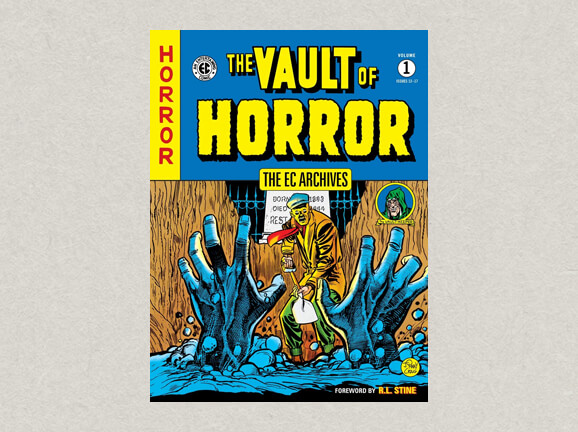 Sold Out
This is some text inside of a div block.
The EC Archives: Vault of Horror Volume 1
Dark Horse Comics